I know you’re very busy, so I’m very sorry to bother you with this. However, I think what I have to say too important for you to ignore.  I appreciate that you are trying to make the world a better place. I respect you as a person. Against all adversity you have achieved some very amazing things.

I would also like to make it completely clear that I abhor the use of the majority of illegal drugs.  The adverse health effects and insidious addiction that comes along with drugs like cocaine, methamphetamine, and heroin have destroyed countless lives.  I never want my daughter or anyone to do any of those drugs.  When I was a child, my grandmother and sister were killed and my back was broken as a result of someone’s irresponsible use of drugs.

So I am completely aware of the fact that there can be horrific and permanent negative consequences to the abuse of drugs.  However, imprisoning people for the possession of these substances does not erase this harm. The War on Drugs was in full effect when my sister and grandmother were killed, and it certainly didn’t protect them.

Every minute someone is arrested for simple drug possession in the United States.  In 2011, marijuana possession arrests totaled 663,032.  Despite your claims that going after recreational pot users in states where it is legal is not “a top priority”, your administration has continued to aggressively target dispensaries that are in compliance with state law. I and others have shouldered the $10 billion annual cost of arresting and incarcerating hundreds of thousands of people for the possession of marijuana. These arrests are often for small quantities for personal use.

I work 40 hours a week managing an industrial testing chemistry lab.  On top of that, over the last year I have been spending another 40 hours a week trying to build a web application that I hope will help the millions of people in the world who suffer from the emotional hell that is depression.  It is my sincere hope that through improving exercise, diet, sleep, safe pharmacological measures and other treatments in conjunction with disciplined self-tracking of treatments, outcomes and adverse events, we can and will eradicate mental illness from the face of the earth.

You and George Bush have taken tens of thousands of dollars out of my paychecks over the last 10 years to pay for your corporate welfare, foreign military occupations and to imprison people for simple non-violent, drug possession.  The result is that I may run out of money before I achieve my goal.

In your 2012 National Drug Control Strategy you admit that “the War on Drugs is an utter failure”.  Here is a graph from an infographic touting your “Record of Reform” which your drug czar, Gil Kerlikowske, has provided us.  This graph breaks down how you wasted my money in 2012. 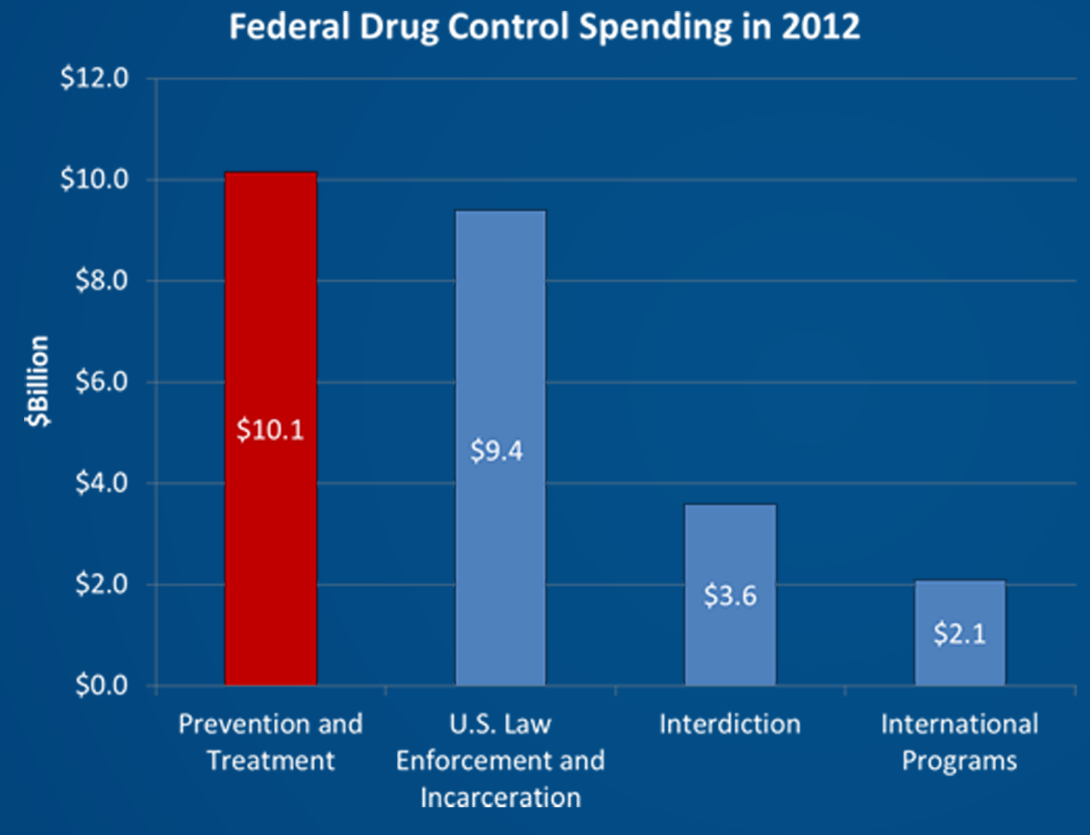 That graph suggests that you are spending more on prevention and treatment than you are on law enforcement and incarceration. However, to produce this appearance, it seems that you have to engage in some statistical trickery by separating out “Interdiction” and “International Programs” from the “Law Enforcement and Incarceration” bar.  In reality, you are still spending 50% more on law enforcement and incarceration than you are on prevention and treatment.  Here is a less deceitful version of your graph. 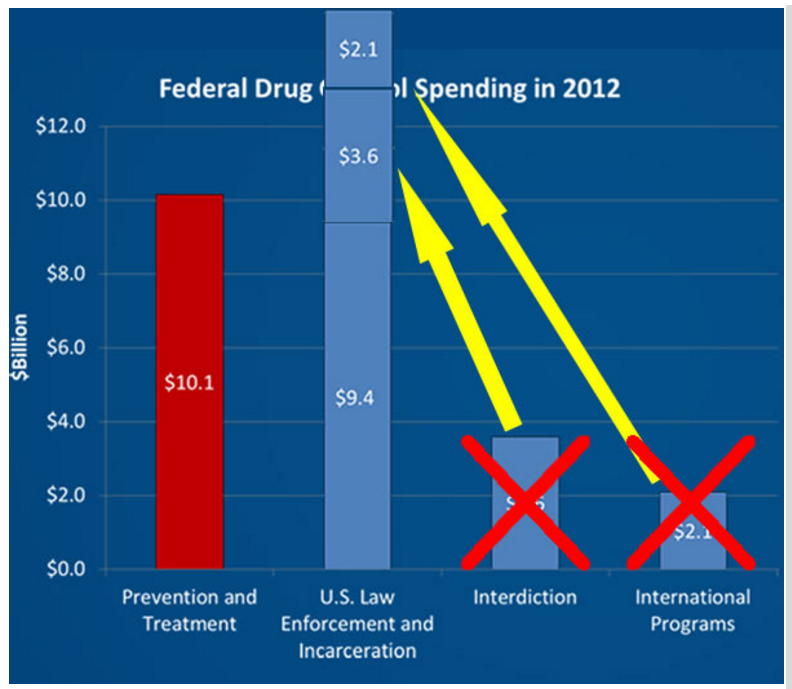 What’s worse, the money you are stealing from me isn’t even having any impact on the level of illicit drug use.  You are just tearing apart thousands of families for no reason. Addiction rates are at exactly the same level that they were before we spent $1.5 trillion dollars on “drug control measures”.  This fact is illustrated in the graph below. Here are the powers granted to the federal government by Article 1, Section 8 of the constitution:

You will note that the ability to restrict what materials individuals choose to put in their bodies is not on that list.  I presume that you would cite the commerce clause when trying to justify your actions. However, you know perfectly well that it is possible to produce and consume a substance without engaging in commerce or transporting it across state lines.  If one does this, I would admit that the federal government could have jurisdiction.  However, you are continuing to spend my money to imprison people who are not engaging in interstate commerce and merely possess restricted substances.  I don’t even think the states should be incarcerating people for nonviolent drug possession.  However, if someone is going to engage in such totalitarian activities, it should be state or local governments. The federal government absolutely no right to do any of this.

I further presume that you would defend your unconstitutional actions by claiming that the Constitution is not a static document, but a living one that must be read in the context of an ever-changing world. To that, I would say to look again at this graph that represents the reality of our ever-changing world.  Even if you twist the constitution into a pretzel to try to justify your actions over the last 4 years, the reality remains that these prohibitionist policies are not achieving their intended aims.

People with mental illness self-medicating themselves is the number one cause of illegal drug use. In Dreams From My Father, you admitted that this was the reason you turned to drugs when you stated, “Pot had helped, and booze; maybe a little blow when you could afford it.”  The failure of the mental health community to take a rigorous, data-centric approach to diagnosis and treatment is the reason that mental illness, and by extension illegal drug use is so pervasive in this country. If I had 0.1% of the $10 billion that you spend on law enforcement and incarceration, I could prevent more illegal drug use with my application then you can with the entire $10 billion.

If you have any respect for democracy, you should at the very least end the federal prohibition of marijuana.  55% of Americans agree with me on this issue as is illustrated by this infographic.

To be fair, I would like to thank you for the progress you have made in reducing drug possession sentencing disparities.  I appreciate your true and good intentions.  I know that you want to reduce suffering in the world.  However, I would still like to politely request that you request $0 for federal incarceration of nonviolent drug offenders, interdiction, and “international programs” in your next budget proposal to congress.

Sign this petition if you want the government to stop wasting your money, too!