FACT: Suicide terrorism is NOT primarily a product of Islamic fundamentalism.

This is evidenced by the fact that 42% of suicide terrorist attacks from 1981 to 2000 were perpetrated by non-Muslims.  Before the Iraq and Afghanistan invasions, the world’s leading practitioners of suicide terrorism are the Tamil Tigers in Sri Lanka.  The Liberation Tigers of Tamil Eelam (LTTE) is a SECULAR Marxist-Leninist group primarily drawn from Hindu families.  The LTTE seeks to seize control of Sri Lanka from the Sinhalese majority and create an independent Tamil state in the island’s north and east.

From 1981 to 2000, the non-Islamic Tamil Tigers committed almost four times as many suicide attacks as any other terrorist group. The LTTE is responsible for 71 suicide terrorist attacks out of the 167 committed during this period.   The runner up, Hamas, comes in a distant 2nd with 18 attacks. 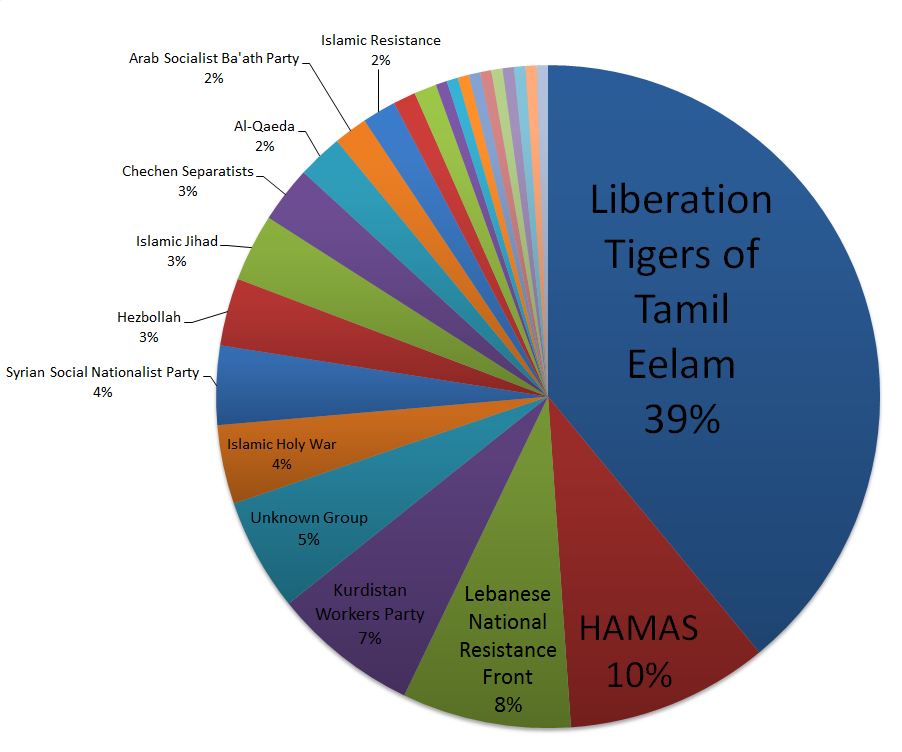 Share of Suicide Terrorist Attacks by Group from 1981 to 2000 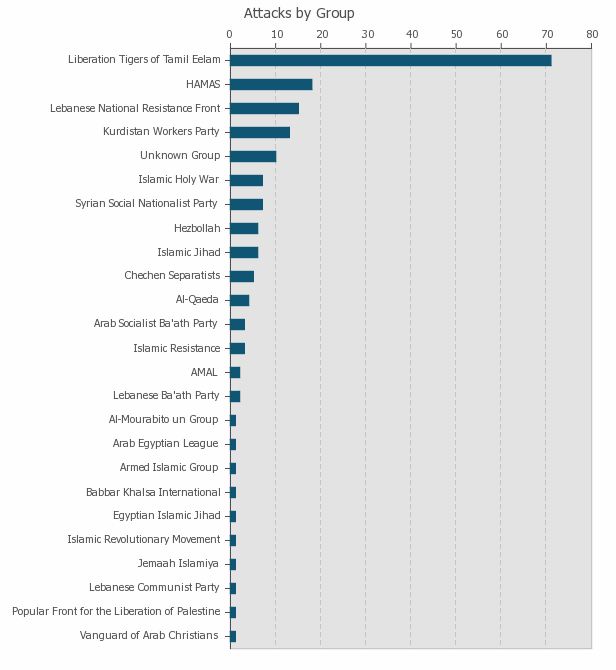 Number of Suicide Terrorist Attacks by Group from 1981 to 2000