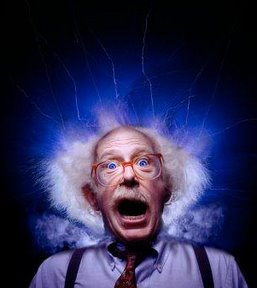 The US spends more than $500 million per victim on anti-terrorism efforts.  However, cancer research spending is only $10,000 per victim.  Evolutionary psychology may offer an explanation for this irrational threat amplification.

But first a message from NATIONAL REPUBLICAN campaign committee:

Over the last decade it has stricken more Americans than terrorists have. It will stop at nothing to destroy our way of life.

Yet some politicians in Washington don’t see lightning as a threat. Barack Hussein Obama doesn’t. In the Senate, he voted to allocate hundreds of billions of dollars to the so-called war on terror, while spending absolutely nothing on a threat which has taken far more American lives. He just doesn’t get it.

Roughly 3,000 Americans have lost their lives to terrorist attacks in the last decade. This averages out to a loss of 300 people a year, which is a tragic figure and, as a country, it behooves us to do everything we can to reduce or eliminate the threat of terrorism. But there are still a lot of other ways to wind up being the main course at a worm banquet. The gravest dangers we face include heart disease, cancer, and celebrity breakups. Unfortunately, our country doesn’t have infinite resources available to eliminate every threat. So the task falls to our government to allocate what resources we do have in a manner proportional to the magnitude of each threat. If we, as a society, want to effectively counter the dangers we face, we first have to put them in perspective.

How You’re Really Going to Die

Ranked by the number of victims, heart disease comes in as the number one threat. It’s responsible for 700,000 deaths a year. This coronary malady keeps food on the tables of funeral directors nationwide. And, like a perpetual motion machine, this very food fills their arteries with cholesterol leading to even more heart attacks.

On to number two. Cancer kills 550,000 people a year. But ironically, some futurists see it as a potential key to immortality. It removes the limit on the number of times that a cell can replicate itself. Thus, if properly harnessed, this disease could be used to defy aging by allowing eternal tissue regeneration. This would enable Joan Rivers to continue enchanting Americans with her iconic brand of celebrity commentary for generations to come.

As previously stated, averaged over the last decade which contained the worst terrorist attack in our nation’s history, terrorism still only killed about 300 people a year. Compare this to the 1000 people who are struck by lightning every year. Hopefully, by putting storm clouds on the federal no-fly list we’ll be able to reduce this number in the future. But until then, based on current trends you’re three times more likely to be struck by lightning than to be killed in a terrorist attack.

Sources: Unless otherwise noted, all accidental death information fromNational Safety Council. Disease death information from Centers for Disease Control and Prevention. Lifetime risk is calculated by dividing 2003 population (290,850,005) by the number of deaths, divided by 77.6, the life expectancy of a person born in 2003. *Shark data represents number of attacks worldwide, not deaths.

Now that we’ve compared the risks, let’s examine how the government chooses to allocate our limited resources to combat these threats. To the least likely means of death I’ve mentioned, terrorism, the federal government devotes about $150 billion annually. On the other hand, to combat the most likely cause of death, heart disease, the government contributes only $2 billion. And just $300 million is devoted to research on the third most likely cause of death, strokes.

So looking at it another way, we spend $500 million for every death from terrorism and only $2,000 for every death resulting from strokes. That means we spend 250,000 times more per death on terrorism. I’m sure all of this is very flattering to Osama bin Laden, but this disparity might leave some stroke victims scratching their heads, assuming they’ve retained full motor control of their arms. 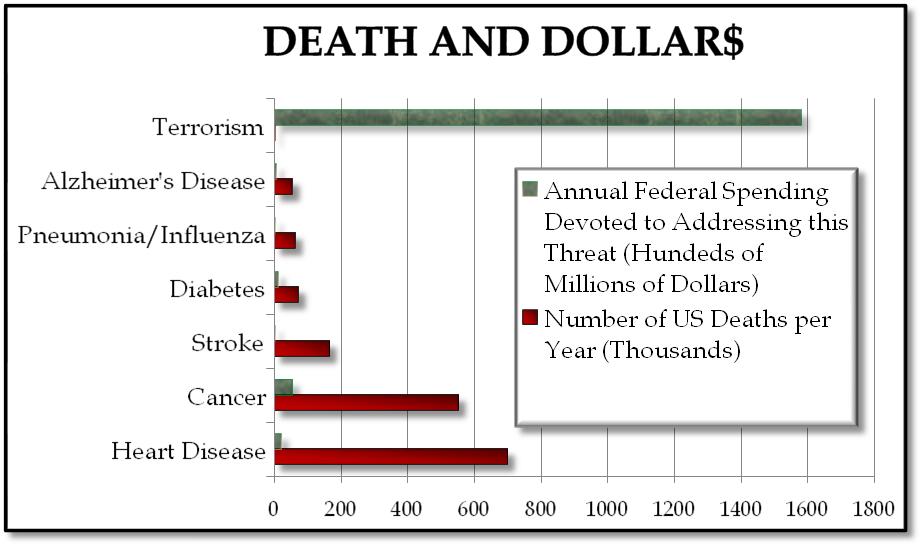 Why is the government response so disproportionate to the threat?

Evolutionary psychology may be able to explain this phenomenon. The human brain has been around for 200,000 years.   More than 99% of that evolution has been characterized by starvation and general scarcity of resources typified the environment in which humans evolved.  In this situation, violent acquisition of resources from other groups was often a necessary survival technique. Hence, human brains most hyper-vigilant and aggressive toward human threats (i.e. terrorists) were most likely to survive and propagate these characteristics.

On the other hand, throughout evolutionary history medical science was almost non-existent.  Hence, there would be no survival value added by a tendency to focus on more likely health-related causes of death. We just weren’t designed for these times.

One possible reason is anxiety fatigue. When an individual is subjected to a stimulus for an extended period of time, such as the aroma of a hospital room, the sound of a fan, or the endless nagging of the mother-in-law, their mind eventually just filters it out. Mortality risks such as heart disease and cancer extend farther back in time than even the existence of our current civilization. Our society now more or less accepts these unfortunate facts of life as another cost of doing business.Thus, they’re filtered out of our collective consciousness to some extent. On the other hand, consider the SARS virus scare a few years ago. Despite the absence of a single American fatality, the newness of this airborne illness allowed it to occupy headlines for weeks. Similarly, the Islamic terrorist menace is also a relatively new phenomenon to the US. Maybe threat fatigue for terrorism just hasn’t set in yet.

The economic consequences of terrorism would, at first thought, seem like a justification for the level of concern. There was a huge financial cost associated with the 9/11 attacks. Total related insurance claim payments are estimated at $32.5 billion. However, there’s been no definitive proof that the attacks lead to a significant decline in GDP. In fact, a GDP which had been falling due to recession in the quarter prior to 9/11 actually started growing again in the quarter following 9/11.

It’s conventional wisdom that military spending is good for the economy. However, most macroeconomic models show that, in the long term, military spending diverts resources from productive uses, such as consumption and investment. This ultimately slows economic growth and reduces employment. So if one thinks they’re protecting our economy by taking trillions of dollars away from other productive uses to fight the so-called global war on terror, they should consider upgrading their abycuss to a calculator.

Another seemingly more justifiable reason for a magnified response to terrorism is the potential for a nuclear attack that could result in a far greater number of casualties than the typical terrorist attacks have to date. According to many experts on nuclear proliferation, the possibly insurmountable technical challenges of building or acquiring a thermo-nuclear weapon are enormous. Including the requirement that the weapon be portable, makes the likelihood of acquisition dramatically more remote. However, there is a real threat that highly enriched uranium could be aquired from a former Soviet state and used to make a crude bomb. This is a serious risk and needs to be addressed by either securing or downgrading the 1000 tons of yellowcake remaining within Russia and her neighbors. The government currently spends about a billion dollars on this effort annually. Compare this to the two billion we spend in Iraq every week and one might assume we have a bonobo setting our national security priorities in exchange for bananas.

Finally, the psychological makeup of our species could also be a contributing factor to this risk amplification. Just look at the plot structure of a work of fiction. The vast majority of conflicts are between a human protagonist and a human antagonist.We seem to maintain an inherent attraction to interpersonal or, on a larger scale, inter-societal conflict. It’s only natural that this affinity translates to our media diet as well. Many studies have shown that the media sets the public policy agenda.So, the point is that interpersonal and societal conflicts like that between Western civilization and Muslim extremists are simply better able to maintain our attention than conflicts between man and complex, abstract medical threats.

In addition, sociologists and psychologists have determined that society amplifies the danger of risks imposed upon them, such as terrorism. Conversely, society finds risks resulting from voluntary behavior, such as car accidents, more acceptable. 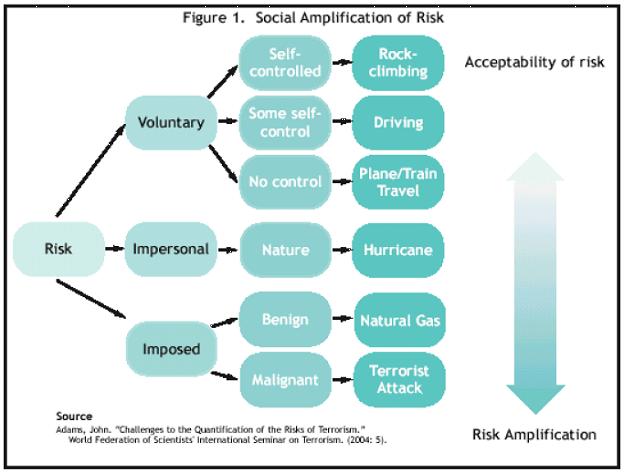