This study by the Federal Reserve examines the effects of government intervention and the absence thereof in two similar financial crises which occurred simultaneously in Chile and Mexico. Chile liquidated the insolvent banks and instituted a new regulatory system to prevent future abuses. Mexico nationalized the entire banking system keeping the insolvent banks on life support at the expense of the taxpayer.

This is what happened. Over the next 25 years, Chile’s per capita GDP grew 100% while Mexico has exhibited an impressive 0% growth rate.  This means the average Chilean is twice as rich as he was 25 years ago, whereas the average Mexican stayed just as poor as he was before. 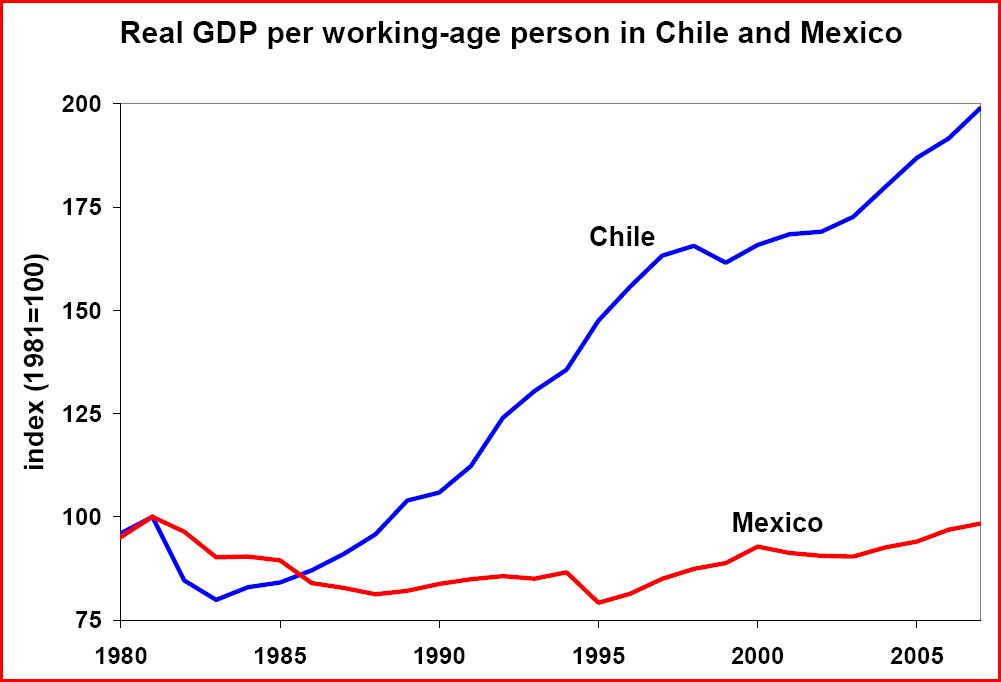 Yet that’s exactly what were doing. We’re taxing successful, competently run businesses to subsidize irresponsible, poorly run businesses. Until we realize this simple fact, the previous trend of increased productivity and standards of living will only be a memory.